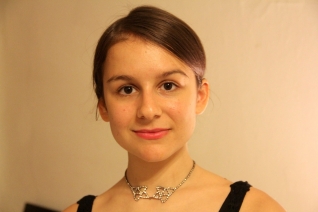 The Integrated Studies Program is a defining feature of my Penn experience. By living in the same residences and attending the same classes, I formed lasting friendships with people also interested in rigorous intellectual pursuits. ISP provided me with a critical frame of mind when approaching new disciplines and prepared me for success for my later classes and summer programs. Honestly, I love the ISP program. From the sometimes long and difficult readings and essays to the exciting lectures and seminars, ISP has been one of the most intellectually stimulating and fun academic experiences of my life.    At Penn, I am a junior in the College of Arts and Sciences studying Music, but as one can expect from any ISPer, I have done much more than just Music at Penn. As a recipient of the College House Music Fellowship during the Spring of my Freshman year, I held a lecture-recital on Mozart’s flute repertoire. In a lovely evening of chamber music, an excerpt from the Mozart flute concerto, and food, I shared with the Penn community some of the intriguing details surrounding the commissioning of Mozart flute quartets and flute concertos. Also during my Freshman year, I was a part of the Fellowship for Building Intercultural Communities where I met with other students to discuss and learn about the concerns of intercultural communities, such as cultural appropriation. During the Summer of my Freshman year, I had the wonderful opportunity through Penn Global’s International Internship Program to work in Kathmandu, Nepal. For three months, I lived with a host family in Nepal and taught English at a nearby Monastery. During my Sophomore year, I had another opportunity to pursue research at Penn. I was a research assistant for Professor and Associate Dean for Arts and Letters, Jeffrey Kalberg, in which I analyzed Chopin’s manuscripts and first editions. Currently, I am a recipient of the Foreign Language and Area Studies (FLAS) Award for my studies of the Turkish language. As a recipient of another FLAS award and of the Butner Family Award for Architecture and Music Majors, I was able to study the Turkish language at Bogazici University in Istanbul, Turkey during the Summer of my Sophomore year. I am currently the Principal Flutist of the Penn Symphony Orchestra, where I have the privilege to play some of the best orchestral repertoire. For example, this past semester we played Bartok’s Concerto for Orchestra. In previous years, I also performed in the Penn Chamber Music Society, Penn Baroque Ensemble, and Penn Composers’ Alliance. I am studying abroad at King’s College London for the Spring semester of my junior year.    I am also a board member of the BFS Advisory Board.

meet some isp students and alumni