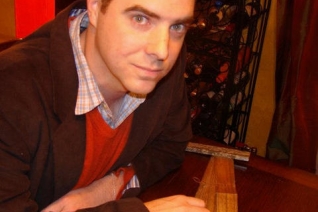 Dr. McDaniel's research foci include Lao, Thai, Pali and Sanskrit literature, art and architecture, and manuscript studies. His first book, Gathering Leaves and Lifting Words, won the Harry Benda Prize. His second book, The Lovelorn Ghost and the Magic Monk, won the Kahin Prize. He has received grants from the NEH, Mellon, Rockefeller, Fulbright, PACRIM, Luce, the SSRC, among others. He is the co-editor of the journals: Buddhism Compass, Journal of Lao Studies, and Associate Editor of the Journal of Asian Studies. He has won teaching and advising awards at Harvard U, Ohio U, the University of California, and the Ludwig Prize for Teaching at Penn. In 2012 he was named a Guggenheim Fellow and in 2014 a fellow of Kyoto University's Center for Southeast Asian Studies. His forthcoming work includes edited books on Thai Manuscripts, Buddhist Biographies, and Buddhist ritual. He also has a new book on modern Buddhist architecture.